Warts are non-inflammatory skin conditions. They look like small tumor-like formations ranging in size from 1 mm to 1 cm or more. The appearance of warts has a viral etiology (they are caused by the activation of the human papillomavirus). This article explains how to get rid of warts. 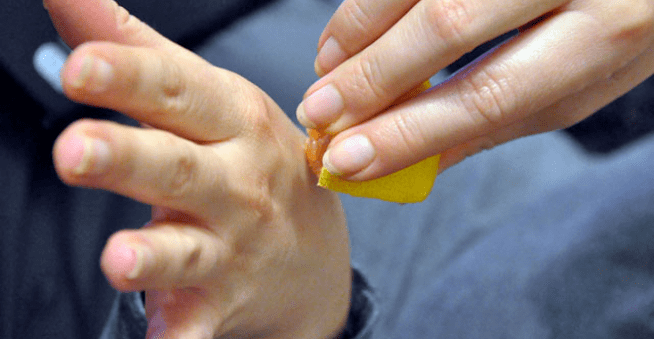 Why do warts appear on the body? As already noted, these formations appear on the skin due to infection with papillomavirus. Infection occurs at the slightest damage to the skin (with various cuts, scratches, as well as through direct contact with a sick person or when sharing infected objects). The following factors are favorable for the activation of the papillomavirus:

Warts form on almost any area of the body (legs, arms, face, head). The incubation period is 2 - 5 months.

There are the following types:

How to remove warts yourself?

Any formations on the skin can be malignant, so you should consult a dermatologist before starting treatment, especially in such cases:

It is worth noting that improper treatment can lead to malignancy (degeneration into malignant forms).

What can you do at home?

After consulting a doctor, it is recommended to use one of the special chemicals that are sold in pharmacies and help to quickly get rid of warts. Before applying any pharmaceutical preparations, it is recommended to first steam the skin in hot water with soap and soda, and then remove the stratum corneum using nail scissors. Salicylic ointment is often used to soften the plantar wart. To do this, it is applied to the formation and covered with an adhesive plaster. For some time, the skin is steamed in water and the keratinized areas are removed. Any chemicals that are specifically designed to combat warts should be used strictly as directed.

What are the means to treat warts?

The following tools are highly effective:

Since the appearance of warts is associated with a decrease in immunity, it is also recommended to take immunomodulators, as well as antiviral drugs to eliminate the main etiological factor - the human papillomavirus. If the described methods of therapy are ineffective, they resort to laser removal of the formations.